Corporate Philanthropy During an Economic Downturn

Many companies are inclined to pull back during an economic downturn, saving as many resources as possible and cutting back on all non-essential expenditures. Corporate giving, however, is arguably even more important in a volatile economy than in a stable market. Not only does continued giving demonstrate a company’s confidence in its ability to withstand crisis; it also reinforces and broadcasts core values beyond financial stability.

Recent research supports the notion that strategic expansion—specifically in the form of corporate social impact—offers exponential value. Being among the minority of companies that maintain or increase spending in philanthropic ventures in hard times will serve to solidify and project your company’s ideals in a way that marketing alone cannot. Making a genuine effort to do good when it is most needed—and when the financial future is most uncertain—will not only generate goodwill, it will also provide competitive advantage.

While some companies begin cutting back on giving ahead of concerns about economic volatility, according to McKinsey, the percentage that emerge better off after economic downturns, which they term “Resilients,” follow key strategies, among which are: being proactive, aggressively making significant changes ahead of a forecasted downturn, and, most importantly when it comes to the topic of Corporate Social Responsibility (CSR), focusing on growth even amid economic instability.

In the current era, corporate giving is an important part of a well-designed growth strategy. A recent article from Boston University states that “a major benefit of CSR [is that it] provides insurance-like protection by accumulating reputation assets to provide resilience during crises.” The research supports the bolstering role of philanthropy in protecting a company from the negative effects of an economic downturn. It also suggests that companies that continue to engage with and invest in their communities in hard times experience fewer negative long-term impacts.

Perhaps unsurprisingly, a 2020 academic study found that charitable giving during a recession is  “associated with increased perceptions of brand value.” In the modern era more than ever, people are looking for companies with heart. In fact, 77% of consumers are motivated to purchase from companies committed to making the world better, while millennials are significantly more invested in companies’ commitments to improving society and the environment than are older generations.

In a 2020 study, LEGO was ranked as the company with the best global reputation for CSR, followed closely by Disney. CEO Niels B. Christiansen described the company’s emphasis on making an impact by saying: “Everyday, employees at the LEGO Group are empowered to make decisions to do what’s right…” During Covid, the LEGO Foundation instituted or continued impactful programs from the US to Hungary, the UK, and China to bring both tangible goods such as food and educational tools, and intangible essentials, such as joy and emotional support, to children facing hardship from the global crisis.

The Walt Disney Company also gave back in meaningful ways during Covid. Disney spent $27 million on food donations and PPE in local communities and also encouraged employees to volunteer through virtual programs during lockdown. Likewise, Warby Parker continued its philanthropic efforts via its “Buy a Pair, Give a Pair” program, which has thus far donated over 10 million pairs of glasses to those in need. Smaller companies also launched or continued social impact initiatives. Clothing brand Darity, for example, continued its campaign to donate 3% of profits to maternal healthcare efforts; Internet Advisor offered free internet to underprivileged families; and JJR marketing partnered with local businesses to buy coffee for community members, take teachers “going above and beyond” during the pandemic out to dinner, and install free granite kitchen counters for first responders.

During Covid, each of these organizations avoided the trap of pulling back in their CSR segments. Instead, they continued (or increased) the scope of their giving programs, and the world took notice. Businesses of any size can prioritize social impact by creating philanthropic programs that fit their resources. In fact, companies of all sizes used our Bright Funds platform to engage their employees in giving and volunteering programs and our Zengine solution to manage community grants and scholarships – all of which positively impacted their communities and their businesses throughout the pandemic.

From Theory to Action

In a world in which there is a great deal of talk about values, action is paramount. Employees increasingly value mission-driven organizations over those that are less dimensional. They want to see that their company is more concerned about impact than perception. What this looks like is less important than how much weight CSR is afforded as part of company culture. In other words, it’s less about finding the most innovative ways to give back and more about focusing on true community impact via an effective, consistent corporate philanthropy strategy that creates meaningful results.

The bonus here is that by continuing or increasing your corporate giving programs, particularly in the midst of an economic downturn, your company is actually bolstering its market perception as well as making an impact. When the intention is to do good rather than to merely look good, the benefit to reputation and company culture is far greater and longer lasting.

While you don’t get to decide what economic climate you’re working in, you do get to decide how you respond to that climate and the challenges—or opportunities—it presents. Making a calculated investment in your company’s giving programs is an excellent way to give back to your community, build resiliency, and signal that your brand has both strength and staying power, regardless of the economic climate.

Want to take some next steps? Schedule a chat with us to learn more. 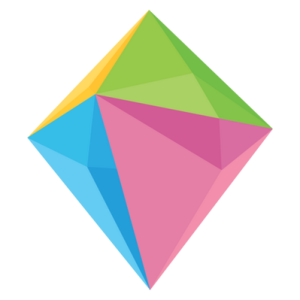 How to Draft an Effective Policy for Your Employee Giving Program